Both of the Skellig islands are known for their seabird colonies, and together comprise one of the most important seabird sites in Ireland, both fo the 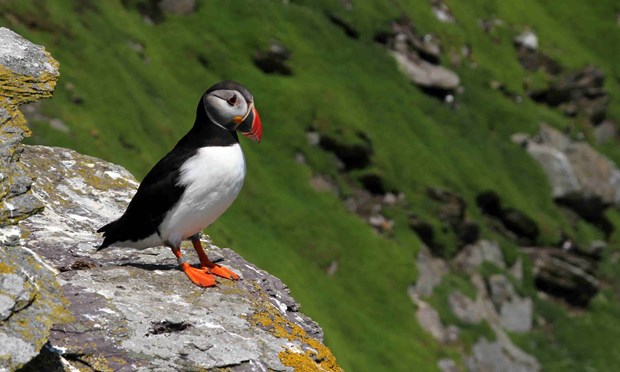 The surrounding waters have abundant wildlife with many Grey seal (Halichoerus grypus). Basking shark (Cetorhinus maximus), minke whale (Balaenoptera acutorostrata), dolphin (Delphinidae), beaked whale, and leatherback sea turtle (Dermochelys coriacea) have also been recorded. The islands have many interesting recreational diving sites due to the clear water, an abundance of life, and underwater cliffs down to 60 meters (200 feet).

Both Skellig Islands are breeding grounds for a wide range of sea birds, such as Puffins, Razorbills and Guillemots.

The island is home to thousands of birds. During nesting time in late spring early/summer the air is filled with the raucous calls of the gulls. The puffins can easily be seen plodding their way across the heather to their underground homes. 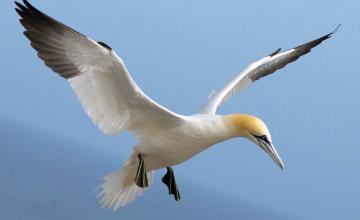 Little Skellig is home to thousands of Gannets, apparently, exactly 22,000 on the last count. It is the biggest Gannet breeding colony in Northern Europe.

The Small Skellig is also famous, but for its ornithological value rather than as a heritage site. Thousands of seabirds inhabit the island as the high cliffs make ideal nesting and breeding areas. The Small Skellig boasts the second largest colony of Gannets in the world, providing shelter to over 27,000 pairs of these seabirds. Some of the other species that inhabit the island include Puffins, Storm Petrels, and Manx shearwaters. 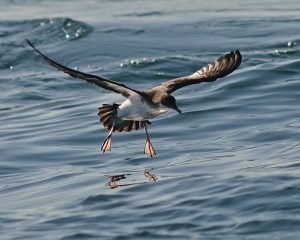 The Manx Shearwater and European Storm Petrel colonies on the island are amongst the largest in the world, and the site is of enormous international importance for both species. Due to their nocturnal habits, however, they generally go unnoticed by visitors, unlike Skellig Michael’s famous breeding Puffins. By this time of year, the Puffins have finished breeding and have departed the island with their chicks. Thousands of European Storm Petrel chicks, as well as a significant number of Manx Shearwater chicks, are still in their nesting burrows and cavities in the island’s walls and beehive huts, however. Their parents spend the daylight hours out at sea, only returning to feed their chicks once darkness has fallen.

The most recent seabird population figures available for Skellig Michael, taken from the Seabird 2000 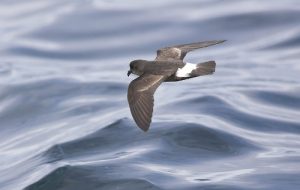 survey conducted more than 15 years ago, estimated the presence then of 9,994 breeding pairs of European Storm Petrels (10% of the national population) and 738 breeding pairs of Manx Shearwaters. The State’s failure to carry out comprehensive surveys at this and other seabird nesting sites around the Irish coast since this, despite being obliged to do so by law, severly hampers any assessment of the true impact of the Star Wars filming activity on either species.